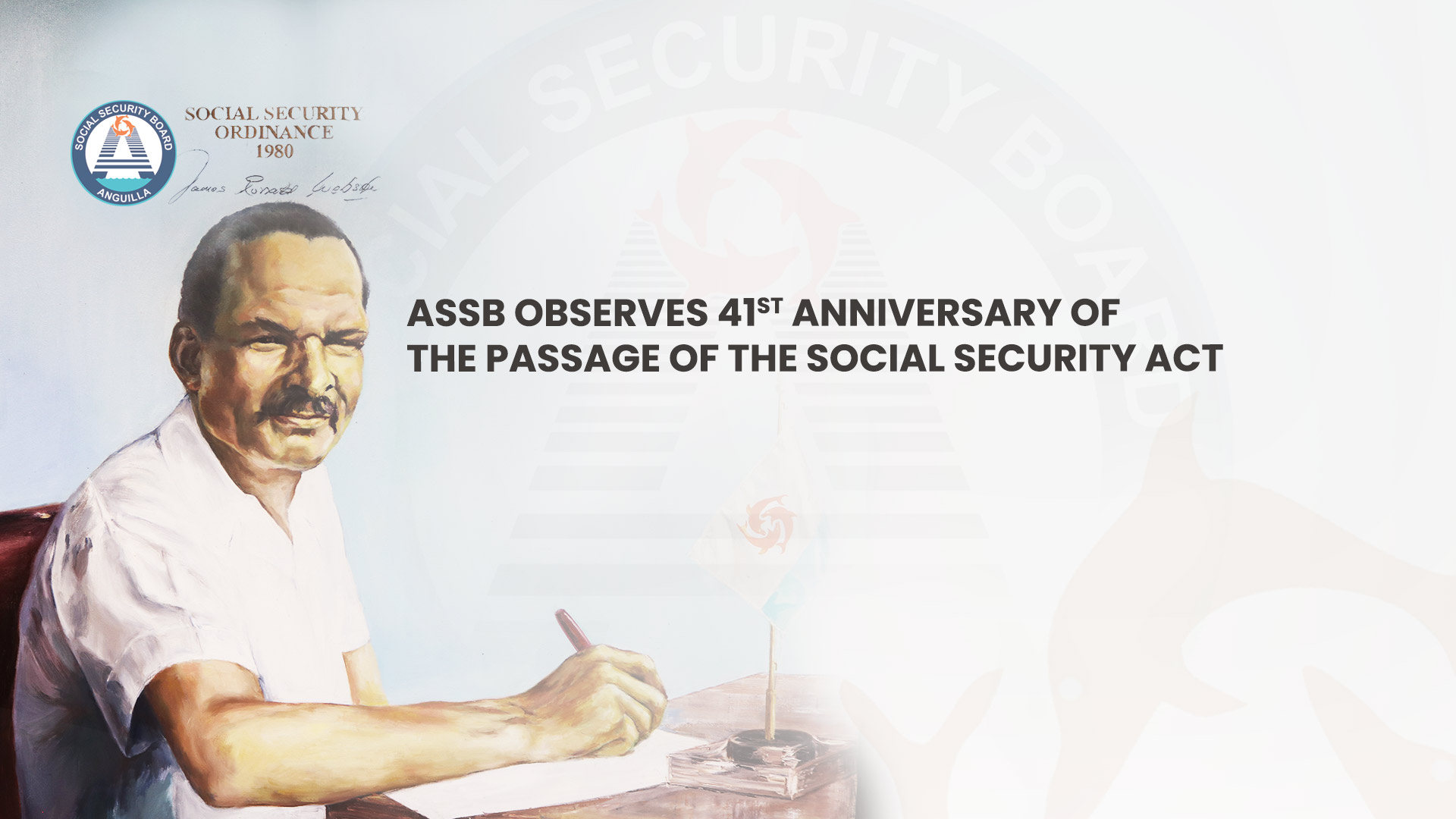 The Social Security Act paved the way for the establishment of what can be considered the only social safety net on the island - the Social Security System. The ASSB began its operations of service to the people of Anguilla on January 2, 1982. Now, with gross assets in excess of EC$400 Million, the Social Security System can be described as a "solid foundation" in Anguilla and our region. The System is recognized as a meaningful provider of economic security for beneficiaries and their families, as well as being a major contributor to the social and economic development of our island nation.